Prior to the memorial unveiling in June 2010 we were contacted by Mrs Freda Warren, granddaughter of William Hackett.  She has kindly donated letters and ephemera in her possession. Among these are many of the wartime letters William sent to his wife Alice, a letter from Manvers Main Collieries Limited concerning the presentation of a gold watch in recognition of William Hackett’s gallant act and a letter dated 26 September 1916 on Buckingham Palace headed paper from King George V expressing his regret that William Hackett’s death deprived him of conferring upon him his Victoria Cross.

A small sample of these are shown below. 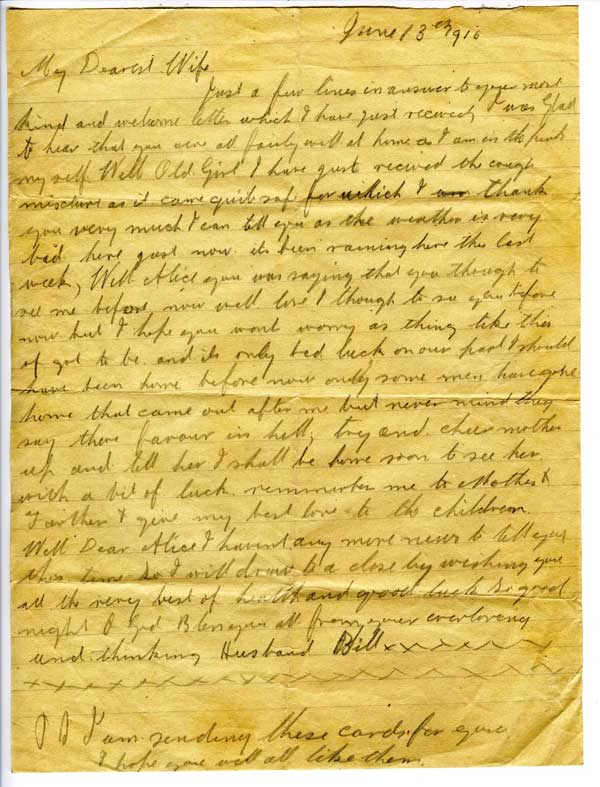 William Hackett's last letter dated 13 June 1916, nine days before the Red Dragon mine explosion. Grammatical and typographic errors have been corrected in the transcript below

Just a few lines in answer to your most kind and welcome letter which I have just received. I was glad to hear that you were all fairly well at home as I am in the pink myself. Well Old Girl, I have just received the cough mixture as it came quite safe for which I thank you very much I can tell you as the weather is very bad here just now it’s been raining here the last week. Well Alice you was saying that you though[t] to see me before now well love I though[t] to see you before now but I hope you won’t worry as thing[s] like this of got to be and it’s only bad luck on our part. I should have been home before now, only some men have gone home that came out after me but never mind they say their favour in hell, try and cheer mother up and tell her I shall be home soon to see her with a bit of luck. Remember me to Mother & Father & give my best love to the children. Well Dear Alice I haven’t any more news to tell you this time so I will draw to a close by wishing you all the very best of health and good luck. So good night and God Bless you all from your everloving and thinking husband Bill xxxxxxxxxxxxxxxxxxxxxxxxxxx

P.S. I am sending these cards for you. I hope you will all like them. 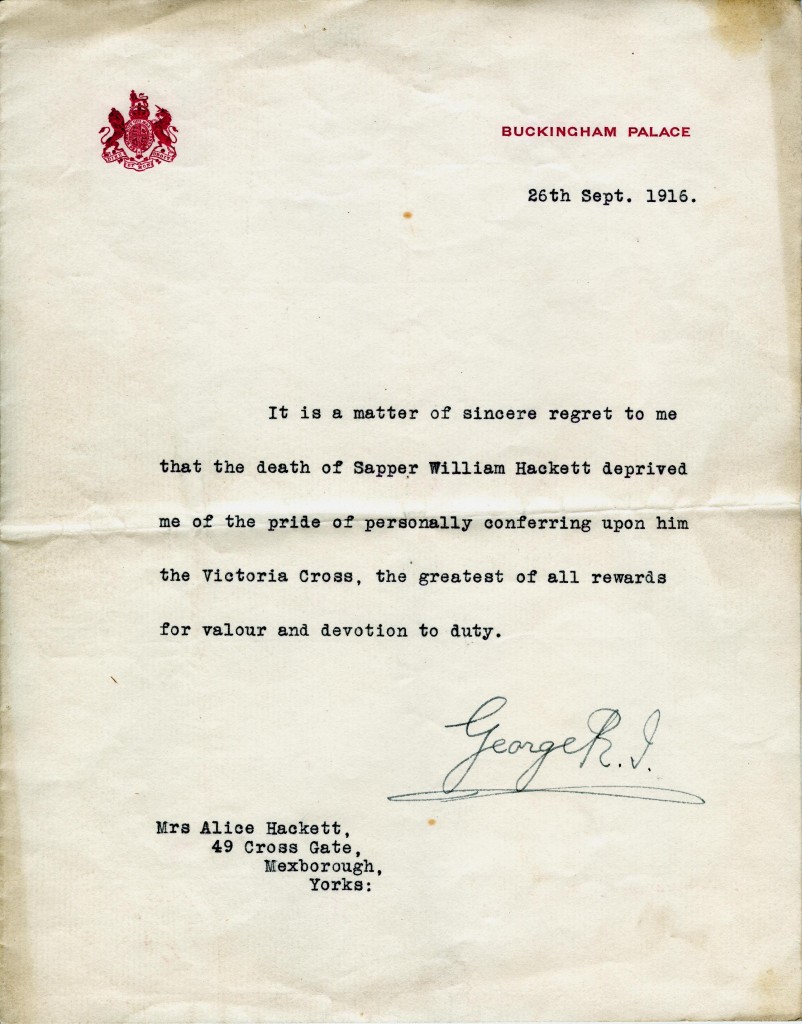 Letter from King George V expressing his regret that William Hackett's death deprived him of personally conferring the award of the Victoria Cross.